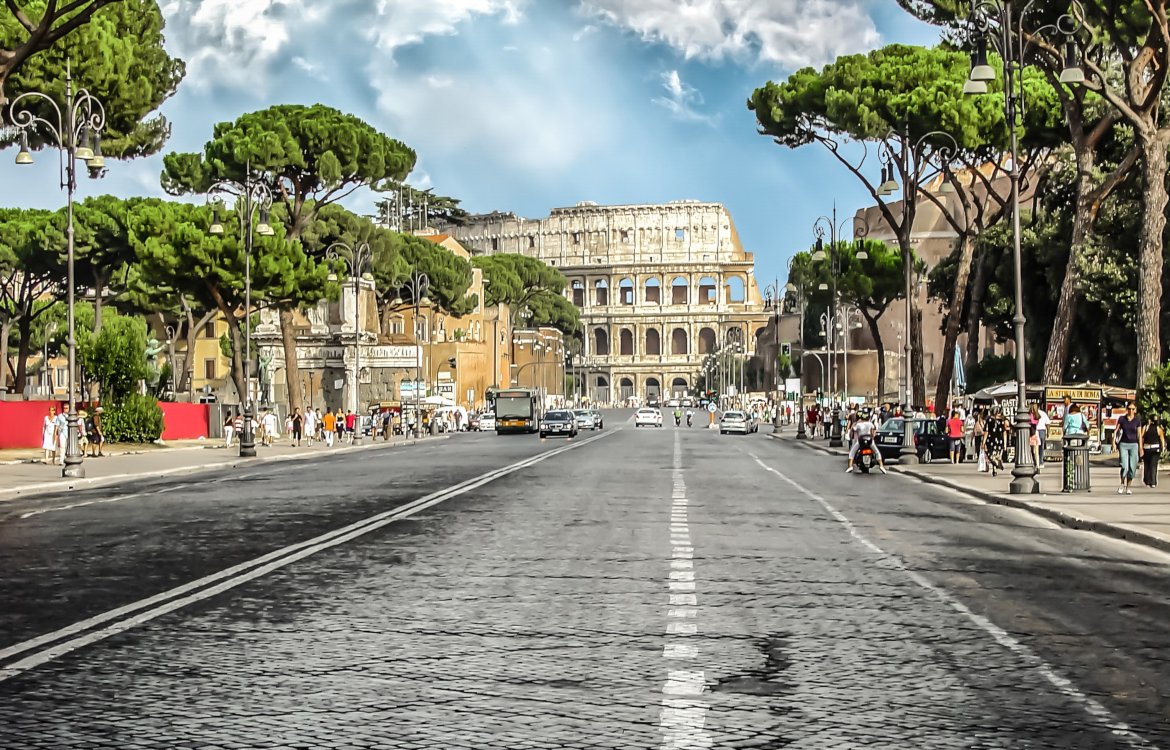 Rome can seem overwhelming at times. With more than two millennia of history extant in its architecture, this is the head of the Catholic church, the fount of one of the the greatest empires the world has seen and has more museums, galleries, monuments, churches and public buildings than ... well, pretty much anywhere!

Rome is the Classical city of the Forum, the Pantheon and the Colosseum. It is pagan temples, early Christian Churches, Renaissance Basilicas, the Vatican of course. Rome is an architectural masterclass in the Classical, the Romanesque and all flavours of Gothic architecture, of the Baroque and the grandiloquent neoclassical adventures in stone so beloved of Benito Mussolini ... who dreamed of building a new Rome. And it is the romantic city of the Trevi Fountain and the Spanish Steps, the town that inspired generation after generation of poets such as Keats and Shelley.

Below is our full menu of Rome attractions, and further down you can see some greater detail on sights that are most likely already on your 'must-see' lists. At the base of the page is a map showing locations, with booking and information links. 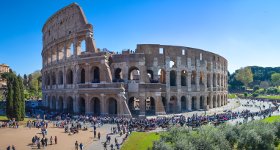 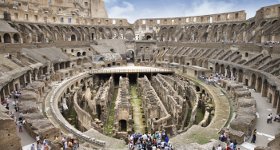 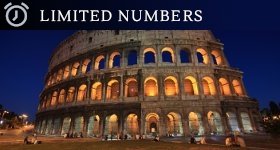 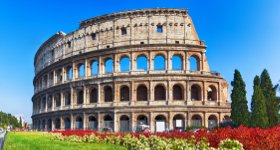 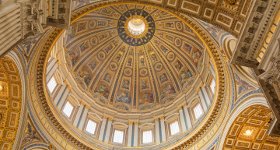 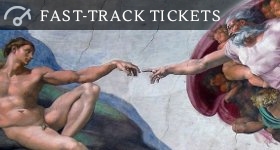 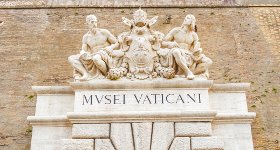 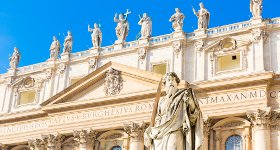 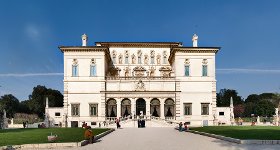 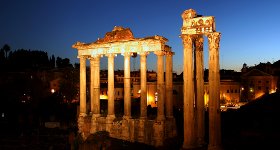 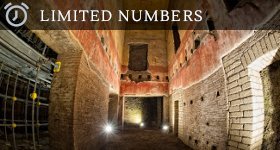 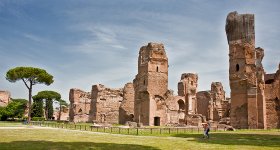 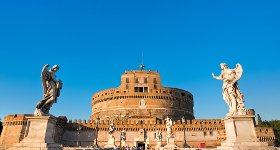 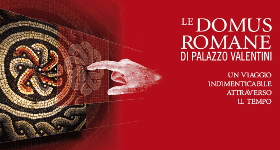 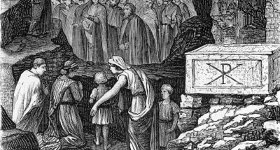 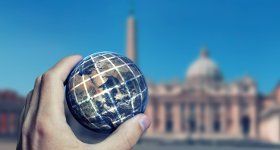 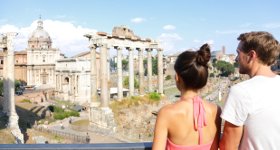 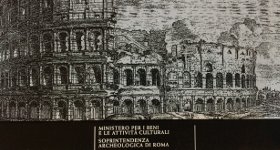 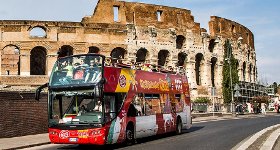 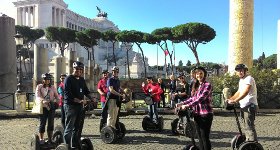 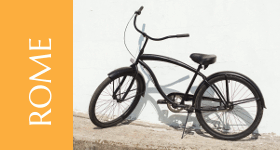 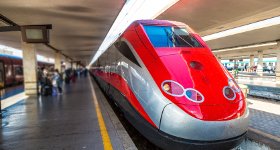 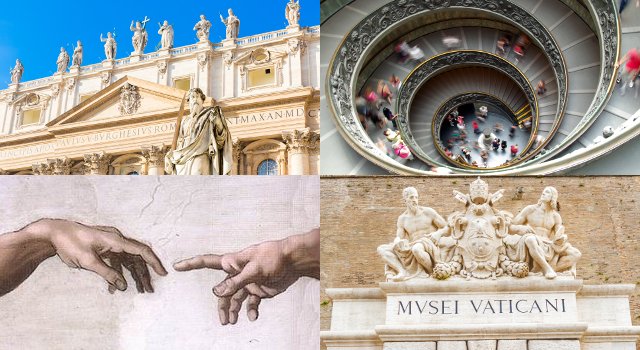 Vatican City is a state-with-a-state, the smallest independent state on earth, and a walled enclave within Rome.

Within its confines lie the largest church in the world - St Peter's Basilica, the Sistine Chapel, the Vatican Gardens and the numerous Vatican Museums. These last alone could take a month or two of your time and still leave you impatient to see more!

We offer Vatican tickets, Vatican tours (including private ones) and a skip-the-queue ticket or tour for St Peter's alone. 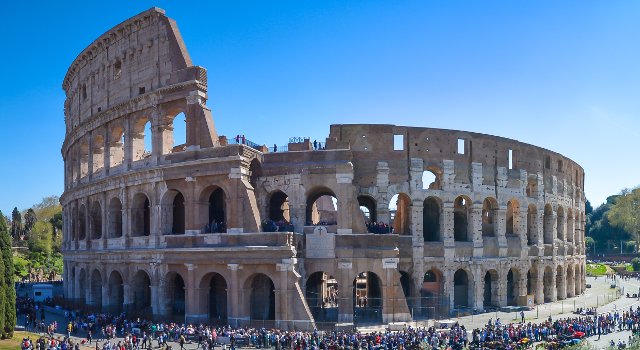 The Roman Colosseum can lay claim to being the world's most recognisable structure. 'The Flavian Amphitheatre' as it was originally called, this monster stadium once seated 50,000 baying spectators, satisfying one half of the Roman public's need for 'bread and circuses'.

In use for half a millennium for gladiatorial contests and games (though not, despite popular myth, for the sacrifice of Christians) it has been battered since by earthquakes and by the pragmatic Romans purloining stones to build their walls and houses over the last 1500 years. 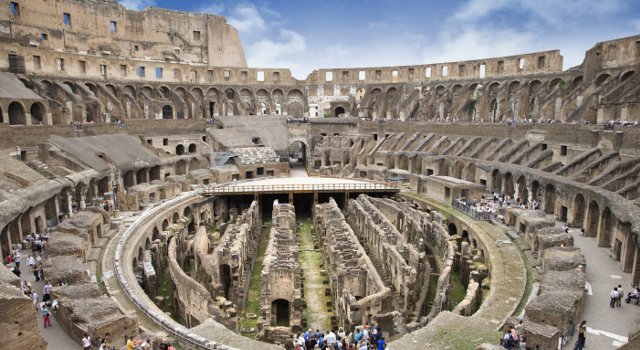 The underground - ipogei, hypogeum - areas are what made possible the long and spectacular days of the Colosseum in all their gore and glory - the subterranean backstage, as it were, where slaves worked, animals (read lions, tigers, hyenas and bears) were stored and gladiators rested, ate and offered up their prayers.

The upper tier, the terzo anello sits at 33 metres high and offers unprecedented views for the visitor, both of the immense interior of the Colosseum as well as out across Rome, ancient and modern.

Both the underground and upper levels can only be visited as part of a guided tour - click here for details. 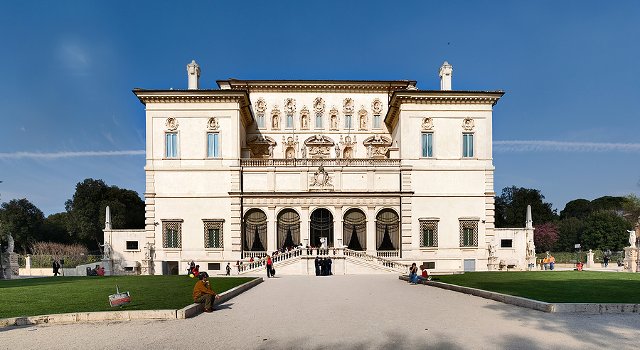 The Borghese Gallery houses one of Rome's most important collections of paintings, sculpture and other antiquities. The works are based on the original collections of Cardinal Scipione and Francesco Caffarelli, with many additions and losses over the succeeding three centuries of course. Important works here are too numerous to mention.

To give you a taste though, the Galleria Borghese is particularly renowned for its Berninis, inlcuding statues of Apollo and Daphne, Truth, Pluto and Proserpino. and his David. Important paintings inlcuding Raphael's Deposition, Correggio's Danae and Titian's Sacred and Profane Love, Caravaggio's Madonna of the Palafrenieri and David with the Head of Goliath. A mere glimpse - this is a superb collection of Italian Renaissance art and quite unmissable.

We offer both tickets and tours of the Borghese Gallery - click here for more. 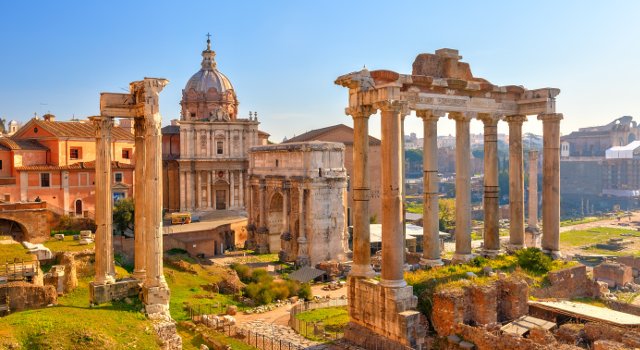 "The Roman Forum was not simply the core of an ancient city; for many it was the centre of the universe. From the birth of the empire under Augustus in 31BC, and for nearly 500 years thereafter, Rome ruled most of what we call the civilised world.

From Scotland to the Sahara, from Gibraltar to the Euphrates, the Roman Empire was in control. Moreover, Rome was the handmaiden of our alphabet, a bellwether of urban organization and its legal institutions, and the creator of startling new horizons in architecture."

Entry to the Roman Forum and Palatine Hill area is included in most tickets for the Colosseum as well as Colosseum guided tours. 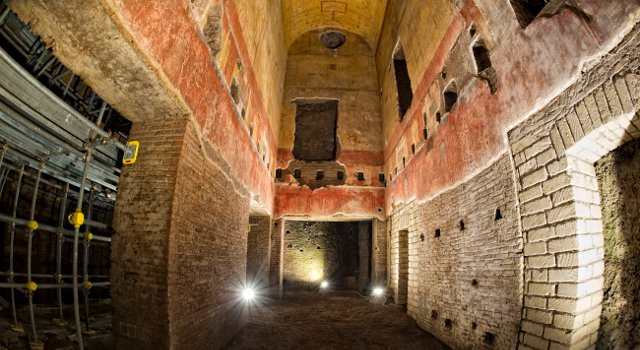 The Domus Aurea (Golden House) was perhaps the most extravagant folly of Rome's decadent days. Contrary to myth, the Emperor Nero almost certainly didn't fiddle as Rome burned but he was a licentious tyrant and probably quite mad. He did in fact respond to the Great Fire of 64AD by building this stunning villa, made of brick but clad in shimmering gold leaf, with stuccoed ceilings studded with semi-precious jewels and veneered with ivory.

This was the decadent Nero's party house: innovations included a ceiling that revolved like the heavens (slave powered) as rose petals and perfume were scattered onto the diners below. Nero didn't get to enjoy his folly for long, committing suicide in 68AD. The gold and jewels were stripped or looted and within a few years the Golden House was built over - not to be rediscovered until the 15th century.

Click here for details of guided tours of the Domus Aurea. 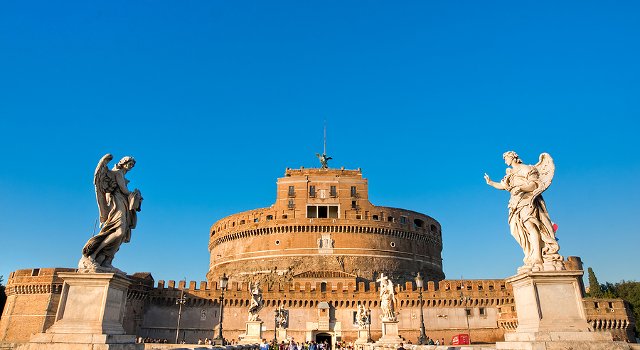 Built by the emperor Hadrian in 138 AD as a family Mausoleum or tomb, the Castel Sant'Angelo later became a fortress, a Papal stronghold and later a prison, before being converted to a museum in the early 20th Century.

Legend has it that the Archangel Michael appeared on the top of the building to signal the end of the plague in 590 AD - hence Castel Sant'Angelo (or the Castle of the Holy Angel). The castle is topped with von Verschaffelt's bronze statue of the warrior saint, and the original, a marble statue by Raffaello da Montelupo is still to seen inside the castle. With a complex network of rooms, galleries and corridors to explore on every floor, the castle also offers breathtaking views over Rome.

Click here for details on tickets to visit the Castel Sant'Angelo, Rome.

The map below shows the location of Rome's main galleries, museums and places to visit - click the markers for booking, information and review links.