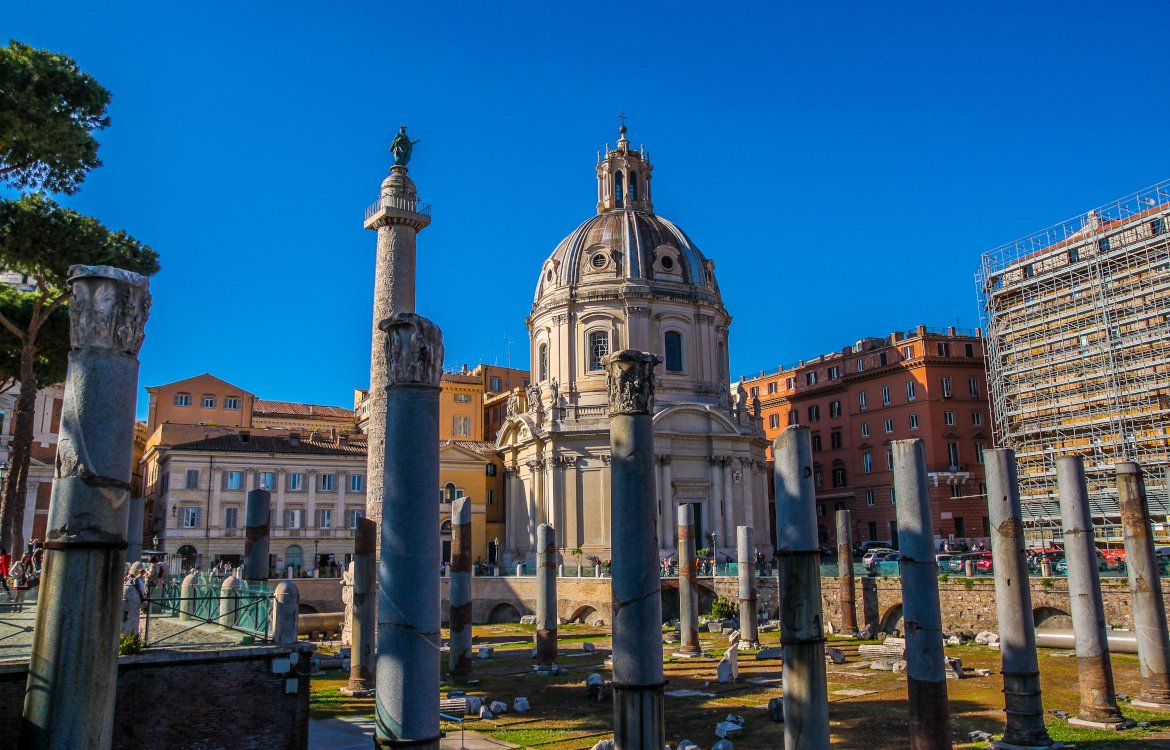 Information and advance ticket reservation for the Domus of Palazzo Valentini

Underneath the Palazzo Valentini - seat of Rome's provincial administration since 1873 - lies one of the most immersive experiences in ancient Roman culture that you're likely to experience. This unique multimedia tour lasts approximately 50 minutes and highlights the incredibly significant excavations, offering as they do a privileged insight into the remains of historical Roman houses, rich in architectural wonder, mosaics and decorations.

The archeological dig beneath Palazzo Valentini has in recent years become a permanent exhibition. The research and archiving project, led by art historians, archaeologists and architects, has brought to light a significant piece of the ancient and medieval topography of the city.

Multimedia presentation:
The fascinating journey (tour) through the remains of this patrician ‘Domus’ of the imperial age, with its mosaics, decorated walls, multi-coloured floors and other finds, is made with the help of virtual reconstructions, graphic effects and film presentations. Walk over the excavations on glass floors, while light and sound effects give you a unique insight into how the powerful families of the epoch lived, and see the interiors, with kitchens, baths, decorations and furnishings reborn in a virtual tour of a grand ancient Roman dwelling.

In the underground space below Trajan’s column the visitor can admire the remains of a monumental building which would have been for public or sacred use – with a vast pit in cement, dividing walls of large limestone blocks, huge monolithic columns of grey Egyptian granite and half buried spaces with brickwork walls and vaults dating to the early part of Hadrian’s reign. Here the tour includes a working model offering an insight into the area around Trajan's column as it looked around the time of its construction. A video brings to life the buildings adjacent to the column, and a virtual reconstruction of the column itself allows you to see up close the bas relief carvings illustrating Trajan's military campaign in and conquest of Dacia.

This is a unique opportunity to get an insight into this an ancient artistic heritage with the help of expertly presented modern technologies.
Palazzo Valentini, the seat of the province of Rome since 1873, has its origins in 1585 when Cardinal Michele Bonelli, the nephew of Pope Pious V began building. After having been restructured and expanded in the 17th century it was subsequently demolished and rebuilt for the new owner, Cardinal Renato Imperiali who used it to house an impressive family library of around 24,000 volumes (the Imperiali library). At the start of the 18th century the palazzo was occupied by a series of tenants including the Marchese Ruspoli who created a private theatre hosting illustrious musicians of the time including Handel, Scarlatti and Corelli.

After the palazzo was acquired by Cardinal Giuseppe Spinelli in 1752 the Imperiali library was made available to the public. In 1827 the Prussian banker and consul general Vincenzo Valentini bought the house, giving it his name and making it his residence.

HOW YOU'LL GET YOUR TICKETS:

To reserve your tickets for the Domus of Palazzo Valentini, just fill out the booking form, supply us with credit card details, and we'll do the rest. There will be no charge whatsoever until we confirm your reservation. We'll then point you to our secure page, where you can print out your entry voucher. Print it out, take it with you and present it at the pre-arranged meeting point. As simple as that!