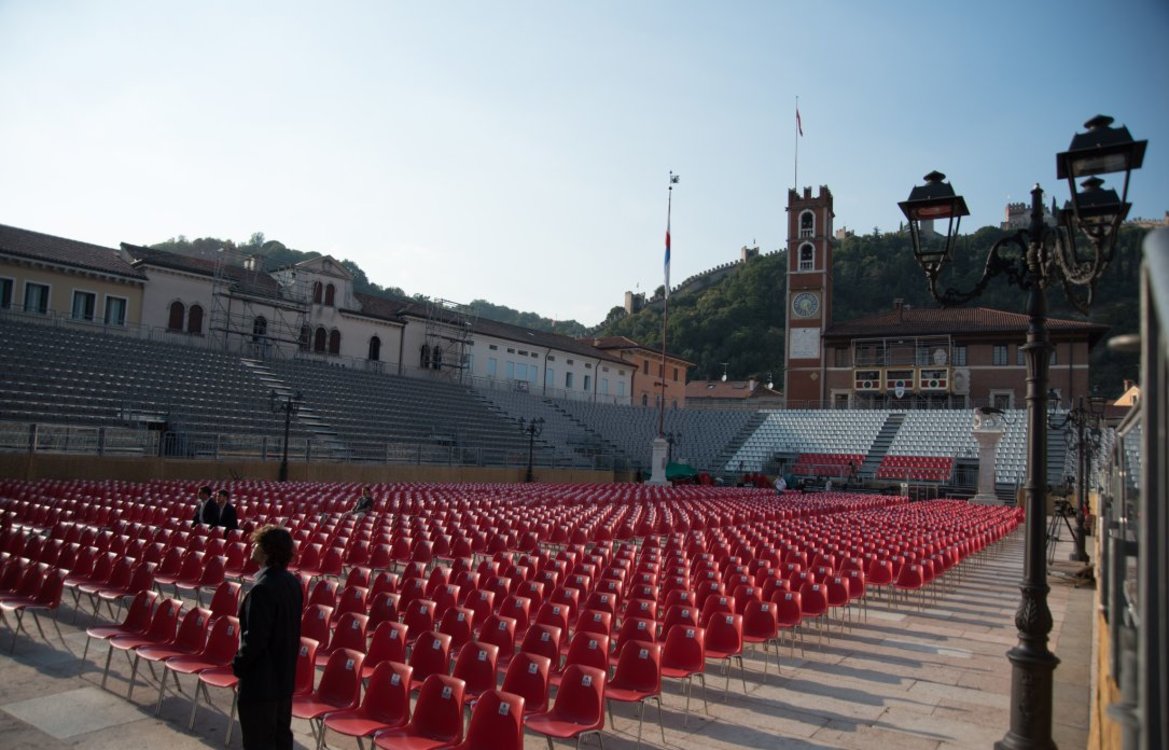 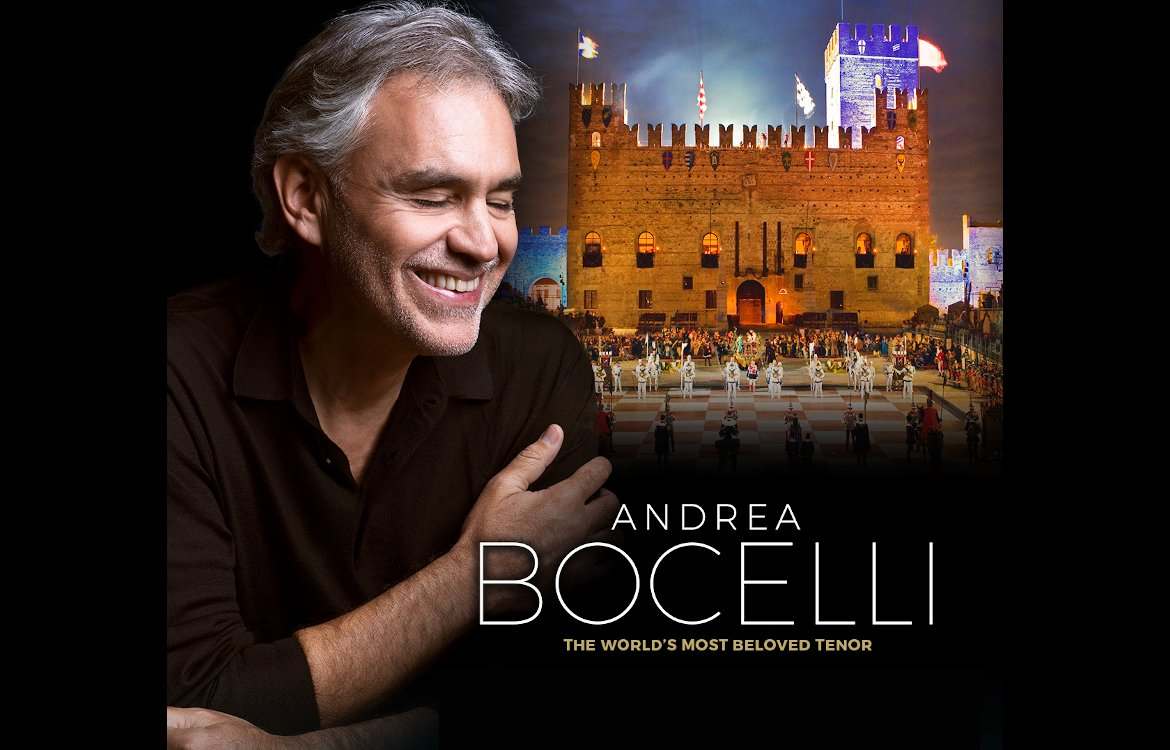 We've been selling packages to see Andrea Bocelli perform in his native Italy for over 10 years. 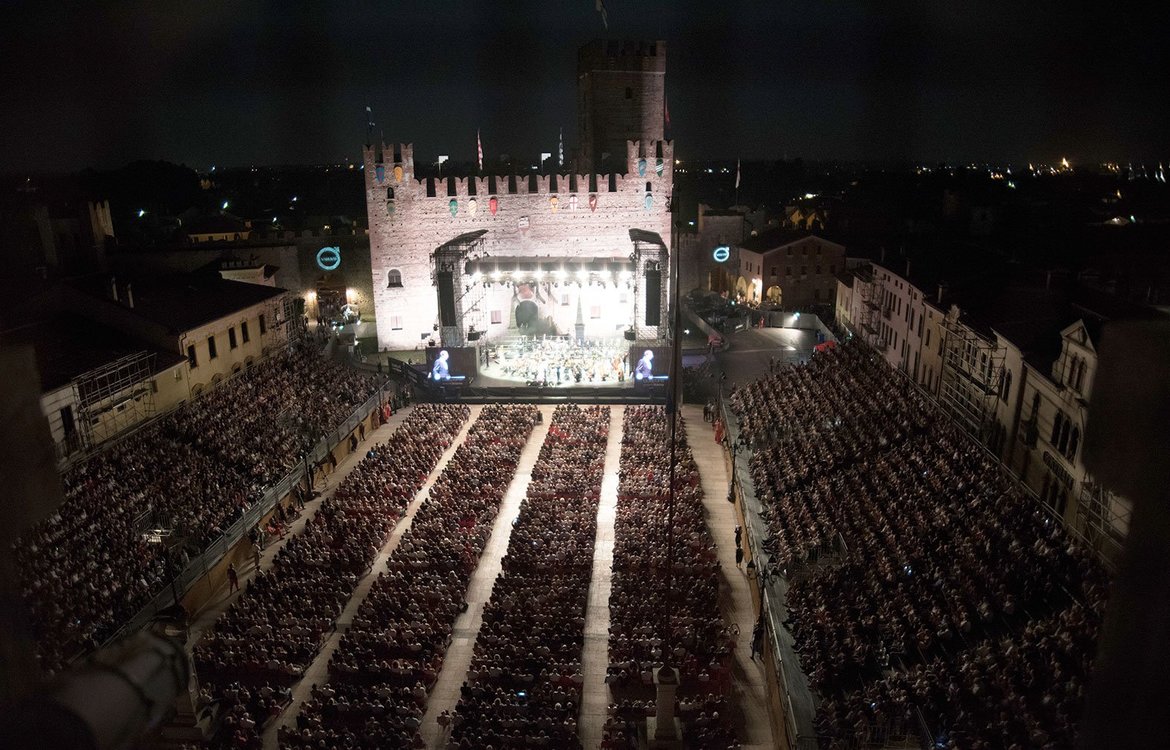 From the original event in Tuscany, 'Teatro del Silenzio', we've gone on to include concerts in Sicily, near to Venice, and in Rome. 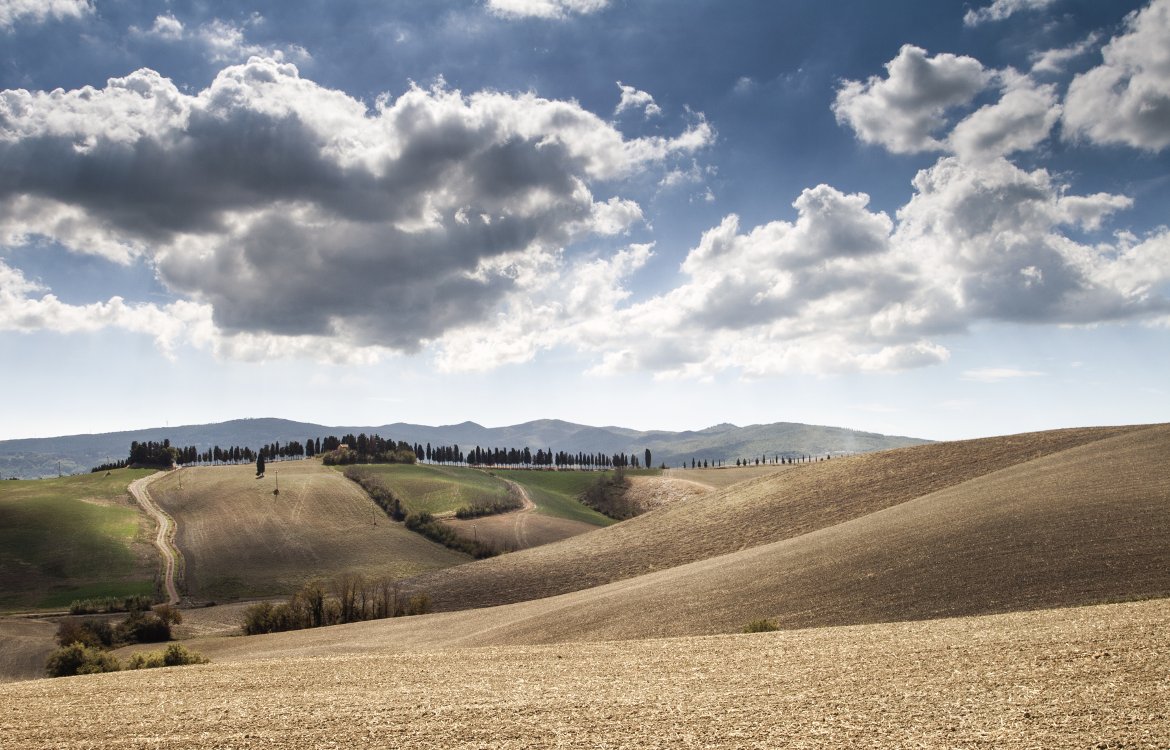 We sell packages that include tickets together with transport to concerts and a wide range of accommodation options.
Sign up for our Andrea Bocelli 2023 newsletter if you'd like advance notice on events and concerts across Italy in 2023

Andrea Bocelli concerts in Italy - we have been selling packages for the incredibly popular 'Teatro del Silenzio' event for many years now, bundles that include a mix of concert tickets, transport and accommodation all across Tuscany. We've gone on to do the same for the performance in the ancient Greek Theatre in Taormina, Sicily, and we've added Marostica in North-East Italy and a special performance at the Baths of Caracalla in Rome.

First performed in 2006, this outdoor concert in the hills of Tuscany has been performed every year since, with the exception of 2011, 2014, and now 2020. Famed for elaborate stage sets and noted national and international guests and performers, the event is very close to the Maestro's heart, held as it is in Lajatico, his hometown.

This is the only event held in the outdoor theatre, hence the name 'Theatre of Silence', and each year the performance is sold out well in advance. We work with local accommodation providers and transport companies (both group and private transfer), and each year we try to offers places to stay all across Tuscany and as many different styles of lodging as we can arrange. Packages include tickets and transport, and those that also include accommodation are our best-sellers, year in and year-out.

Marostica is a small town in the Veneto region of Italy, lying to the north of Vicenza and the North West of Venice. It is famous for the 'Living Chess' festival that takes place in the town's central square, Piazza degli Scacchi, which is also the venue for this concert.

It's a two-part concert, one section dedicated to great opera arias, the other to some of Andrea Bocelli's most noted hits - it is likely that the maestro will be joined by special guests, as it the case with his annual concert in Tuscany.

Book now for Andrea Bocelli in Marostica, near Venice.

A unique concert in the setting of Ancient Rome's Terme di Caracalla, Baths of Caracalla, with a concert of famous opera pieces performed on the Roman stage.

There is as yet now word on whether this concert, performed in the incredible setting of Taormina's ancient open-air Greek theatre, will be repeated for 2021.