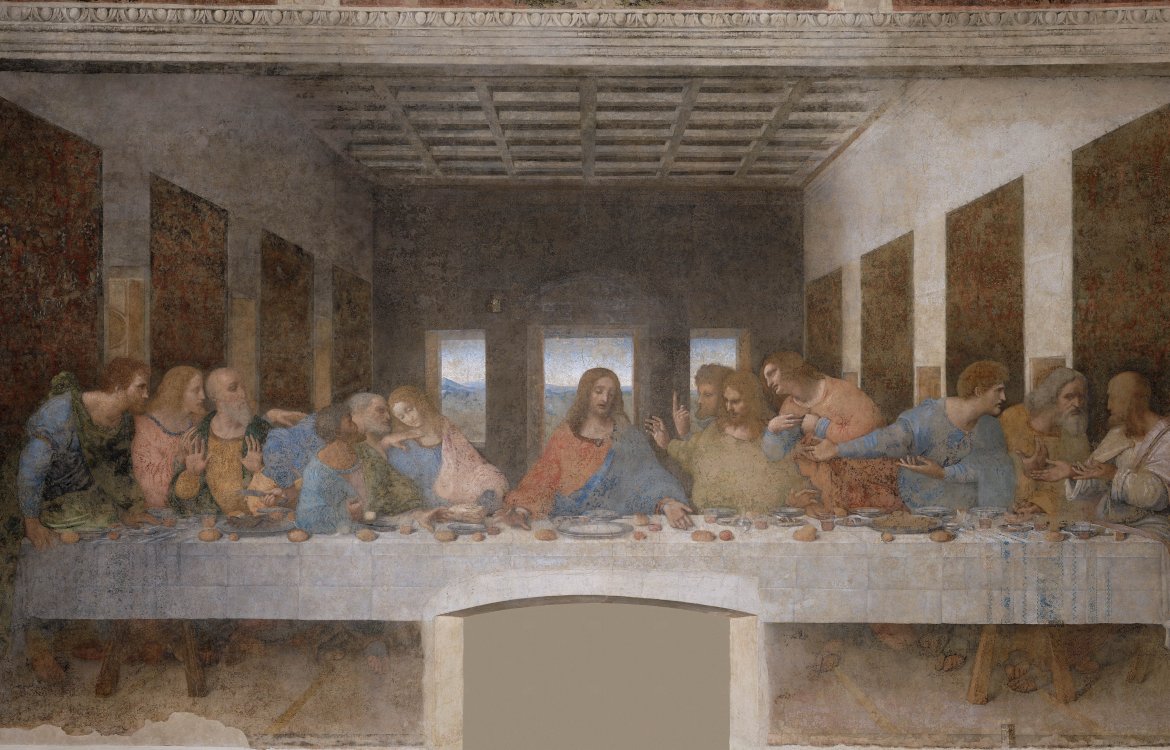 October 2014. Almost eight years later and the Domus Aurea is finally open to visitors again, albeit it in a restricted and limited fashion. We're offering limited spaces on fully guided tours on Saturdays and Sundays that will allow visitors once again to view some of this very hidden gem.

The Domus Aurea (or ‘golden house’) has one of the most historically exciting stories in Rome, starting with the decadent excesses of Nero and inspiring Renaissance artists such as Raphael to a new style of art (and giving us the word ‘grotesque’ in the process). But back to the beginnings. 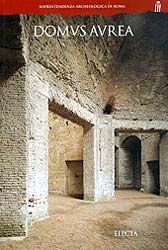 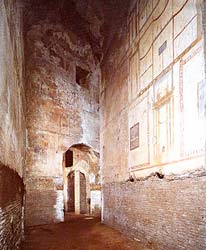 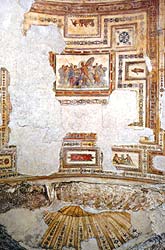 Nero is famous for his self indulgence of course. We remember the Emperor as the man who fiddled while Rome burned. There were of course no fiddles in first century Rome, and historian Suetonius merely says that the Emperor watched the flames from a tower while singing a song about the razing of Troy. The story may be apocryphal, though it’s argued that Nero had the fires set himself, using the Christians as scapegoats, and thus setting in chain centuries of persecution. 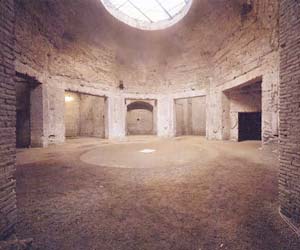 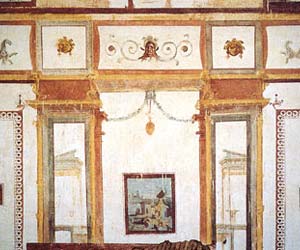 Nero was licentious, cruel and, frankly, mad. He became emperor when his mother, Agrippina poisoned his step-father Claudius, and Nero in turn murdered his mother. His Domus Aurea was a step too far though. This collection of nymphaeums, banqueting rooms, bath houses, gardens and terraces was surrounded by a vast complex of fountains, drained from the surrounding hills. There was hot and cold running water in the baths; one of the rooms showered visitors in flower petals and perfumes as they entered, and the façade was coated in solid gold. The grounds covered a square mile and contained vineyards and game.

The Romans had enough, and Nero was forced to commit suicide in 68AD. Emperor Vespasian tore down large parts of the Domus Aurea, drained its huge lake, and began the construction of the Colosseum on the lake bed. Trajan built baths on the area and that, for a thousand years or so, was that. 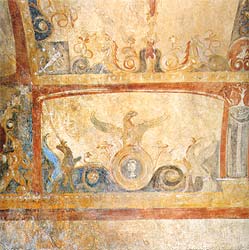 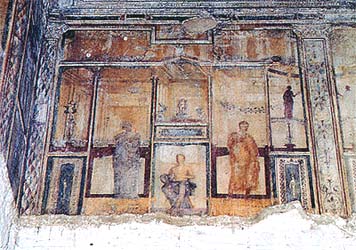 But the Renaissance saw a reawakening of interest in long-forgotten Classical Rome. Painters, including Raphael, began to explore the old sites. Climbing down ladders into what they believed were caves, or grottos, they found the rooms of the old palace, walls still adorned with paintings. Imitating these in their own work, they dubbed the style grotesque (from grotto). Soon, pagan designs were appearing in paintings and frescoes these Christian artists were carrying out for the pope in the Sistine Chapel and the Logge Vaticane. And so mad, pagan Emperor Nero inspired a new course in devotional Christian art.

Tours today take in the Octagonal Room. The domed salon, with a hole at its centre, is supposed to have rotated with the passing of the day, following the movement of the sun. The building has fine frescoes, with much trompe l’oeuil work of Romans ‘looking at you’ through windows on the walls, and mythical beasts sporting among the vines, trees and fields. There is also a marvellous fresco depiction of Homer’s story of Achilles being sent to Skyros. The tour takes you around surviving terraces and fountains and into the atmospheric underground chambers of the Domus Aurea.

Please note: The controlled atmosphere inside means that the temperature is always around 10 decrees Celsius (50 degrees Fahrenheit), with 100% humidity - you're strongly advised to take a coat, jacket or pullover with you at any time of the year!