After a couple of years of detailed study, scanning and exploration, it appears that Giotto’s magnificent Campanile del Duomo, the Cathedral belltower, has been hiding a few things all these years. Using penetrating-radar techniques, the less glamorous (though remarkably advanced for the time) discovery is that the builders were given toilets (now hidden behind walls) to use.

The slightly-more glamorous discovery is another secret room, one that looks likely to have been a treasure-room, with objects lowered down on a grille into the hidden space. The cathedral was built upon an existing church, and it is the treasures from there that would have been safely hidden while construction work was going on.

These discoveries came to light during analysis of the general health of the tower, especially in the light of recent earthquakes, and it generally got a remarkably positive score-card, thanks notably to the ‘lighter on top’ construction. 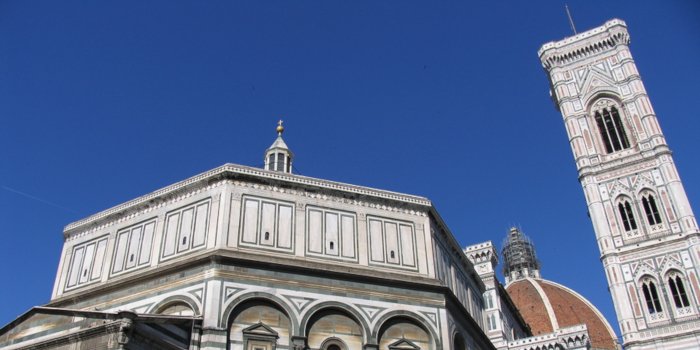