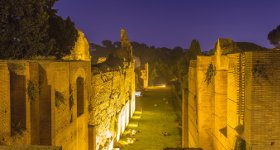 A remarkable evening tour of the floodlit Terme or Baths of Caracalla, available on Tuesday and Friday evenings until early October, and conducted in English or Italian. You'll be able to enjoy the surviving edifices as well as explore the underground mithraeum areas, as well as the the frigidarium, tepidarium, caldarium and gymnasium. This tour lasts about 75 minutes.

The thermae (public baths) were completed in around 211 AD by the Emperor Caracalla. The baths were free to the public, used by thousands of bathers and burning 10 tonnes of wood a day, until they fell into disuse when Rome was besieged by the Ostrogoths in the 6th century. The baths covered 25 hectares and offered a variety of diversions including hot and cold baths, saunas, gyms and even reading areas and places to walk. Although many splendid artworks were looted to decorate palaces and galleries the Baths are still noted for their mosaics and insights into Roman culture. 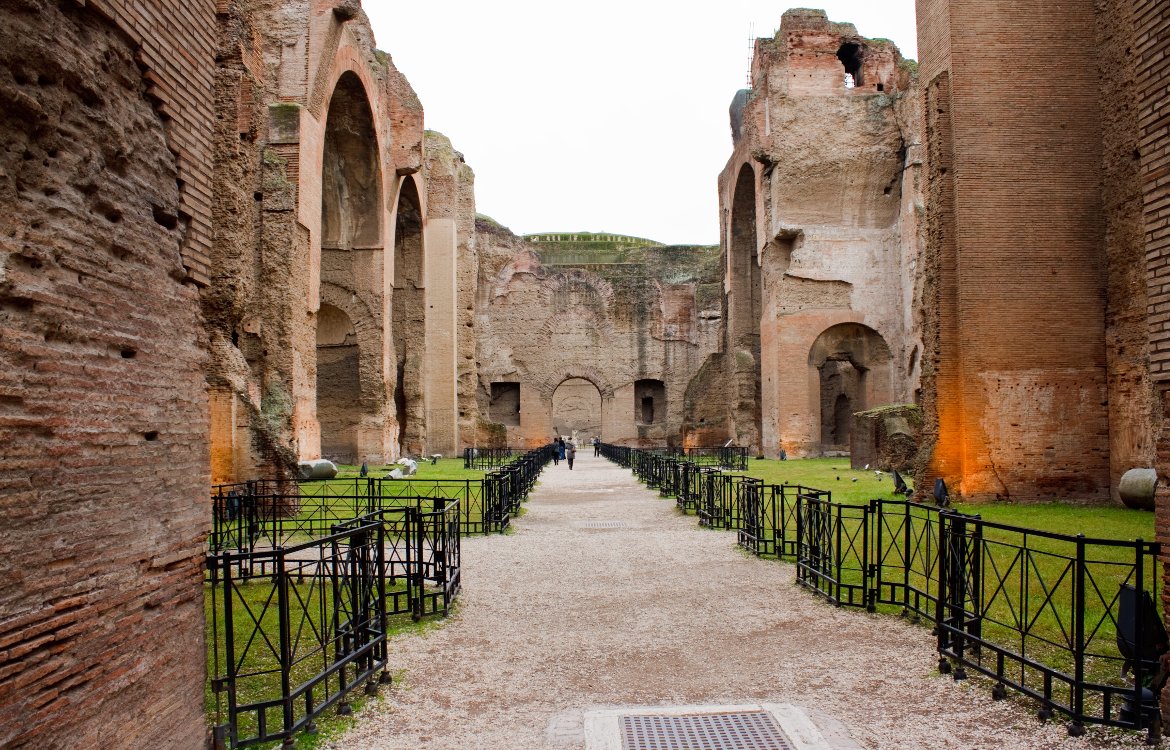 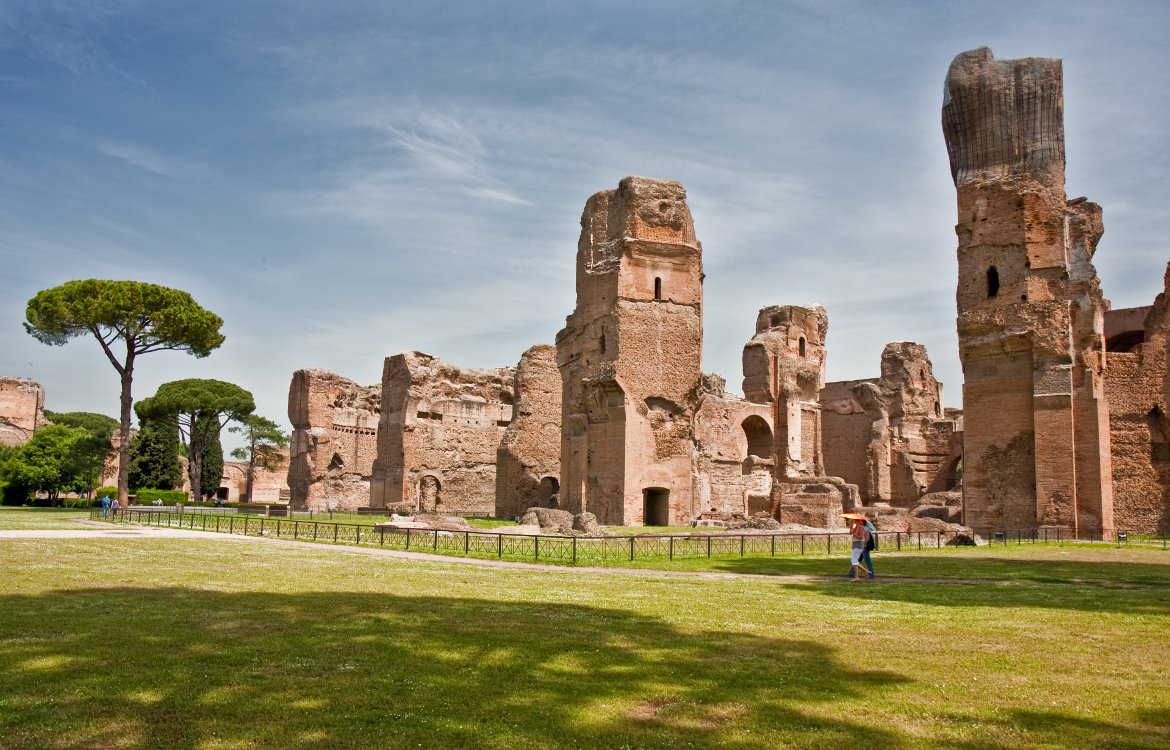 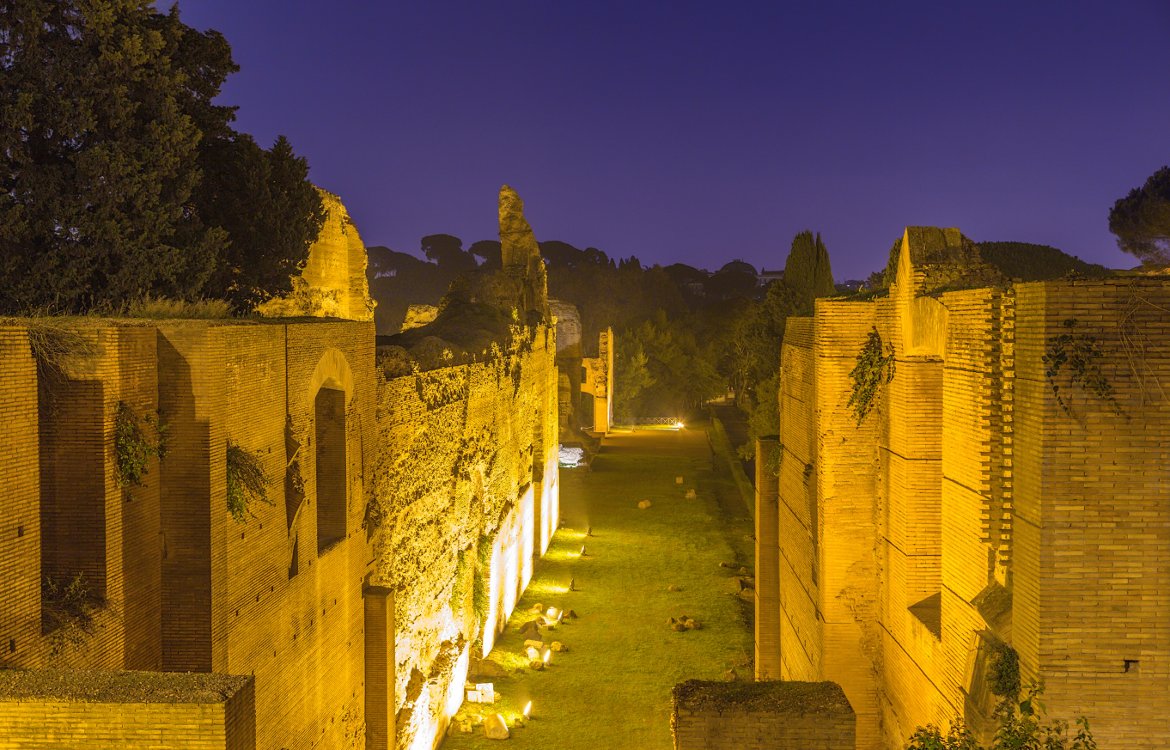 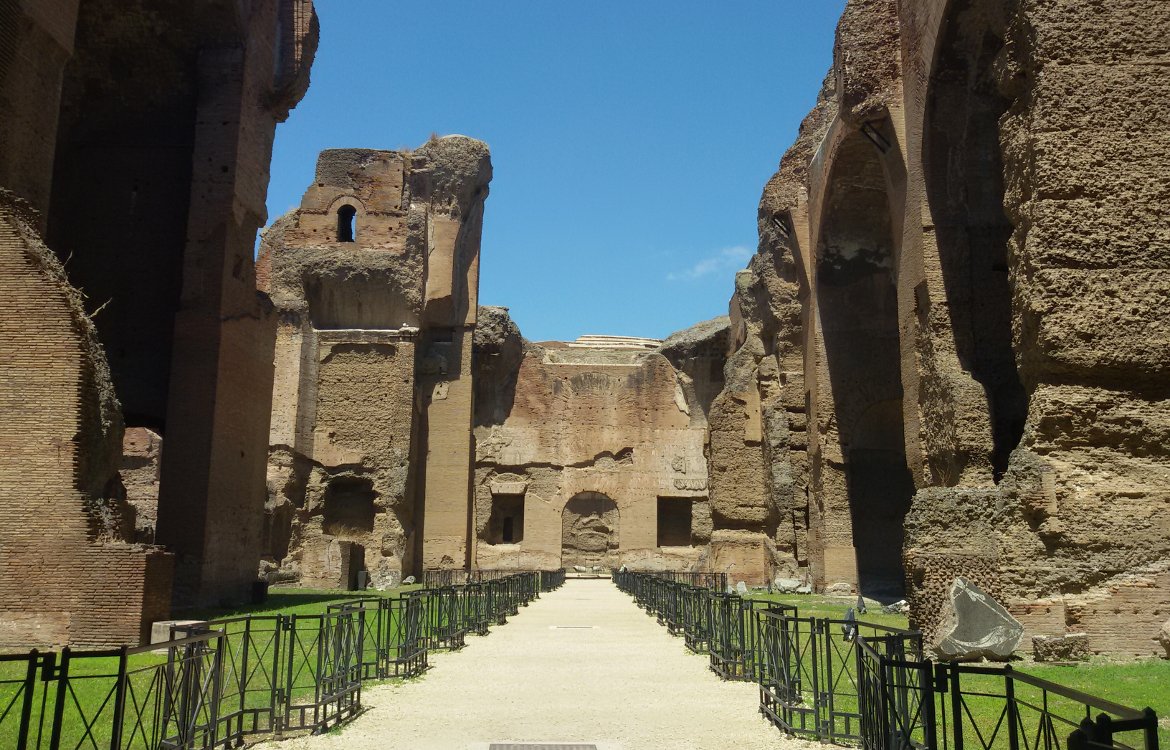 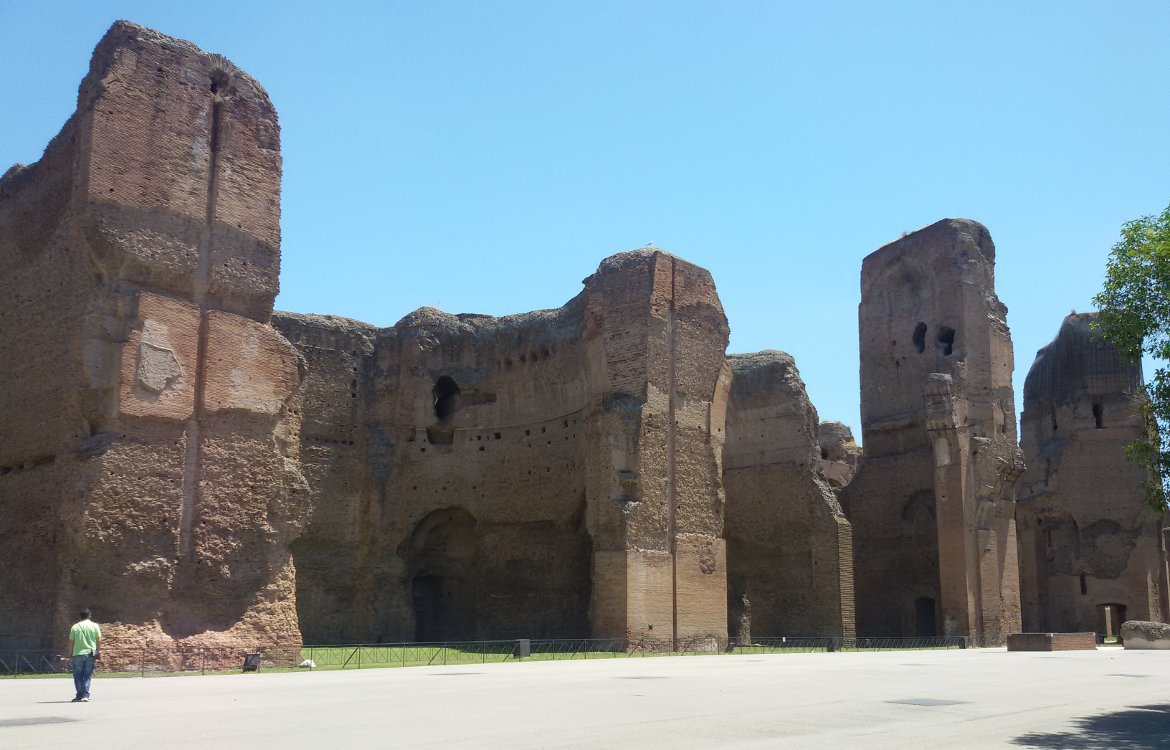 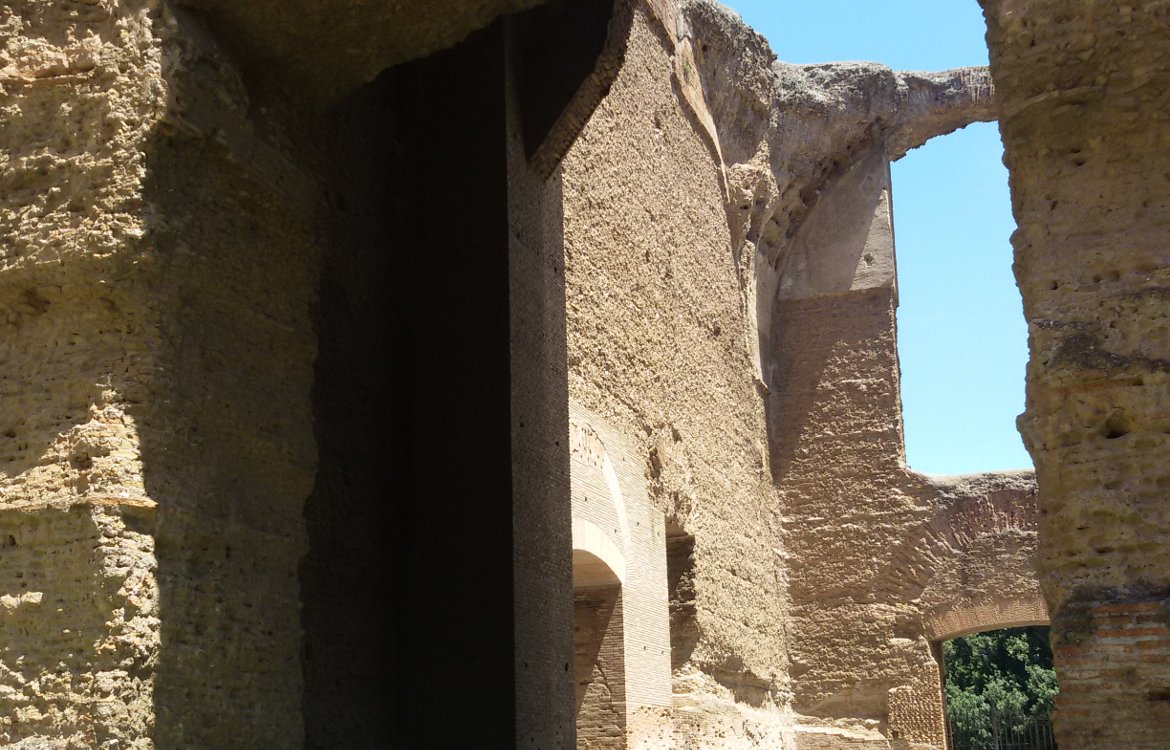 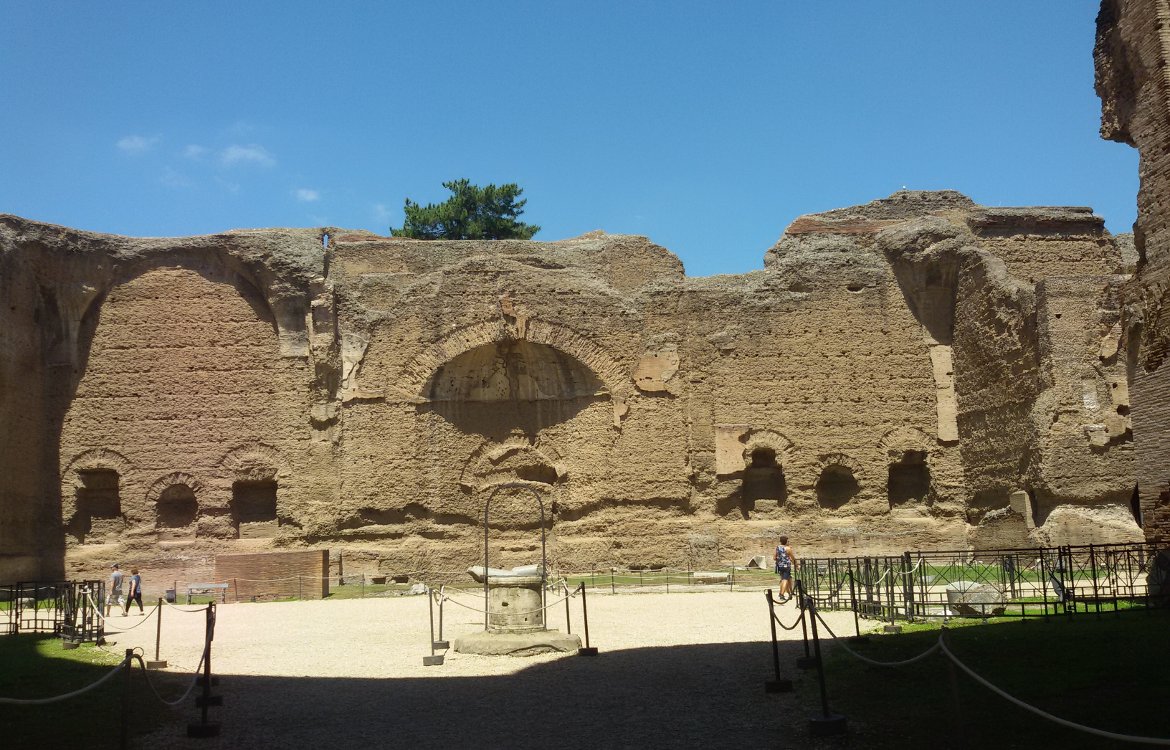 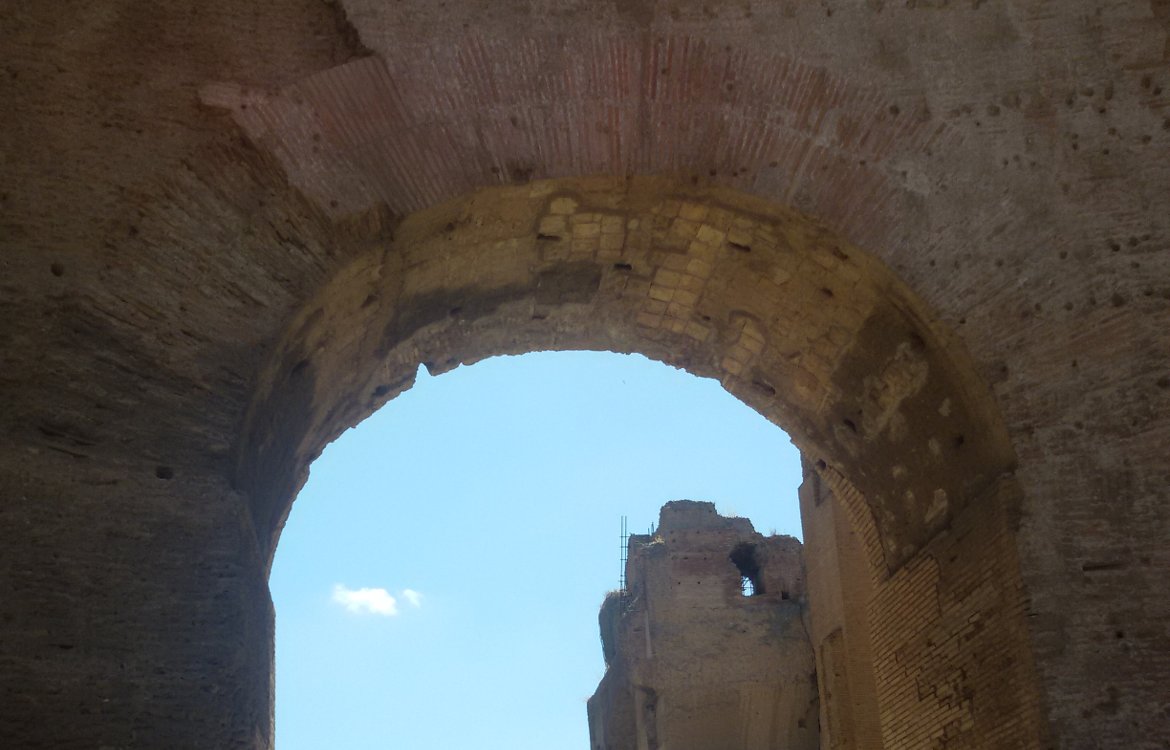 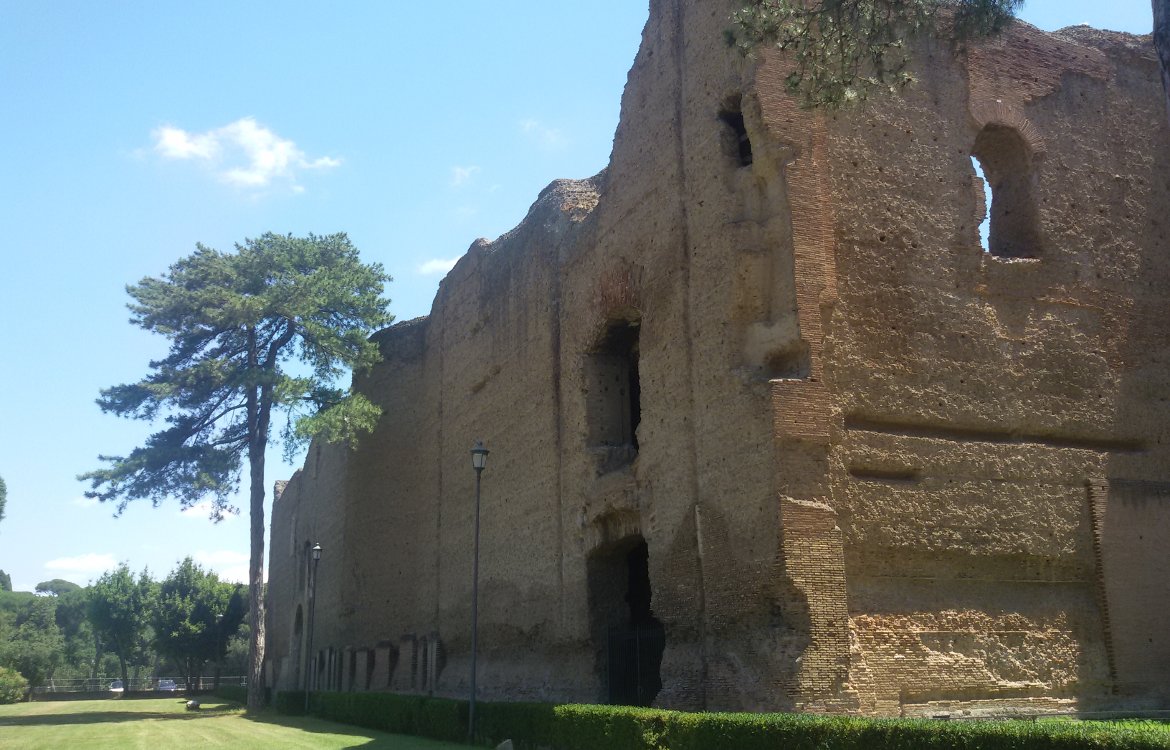 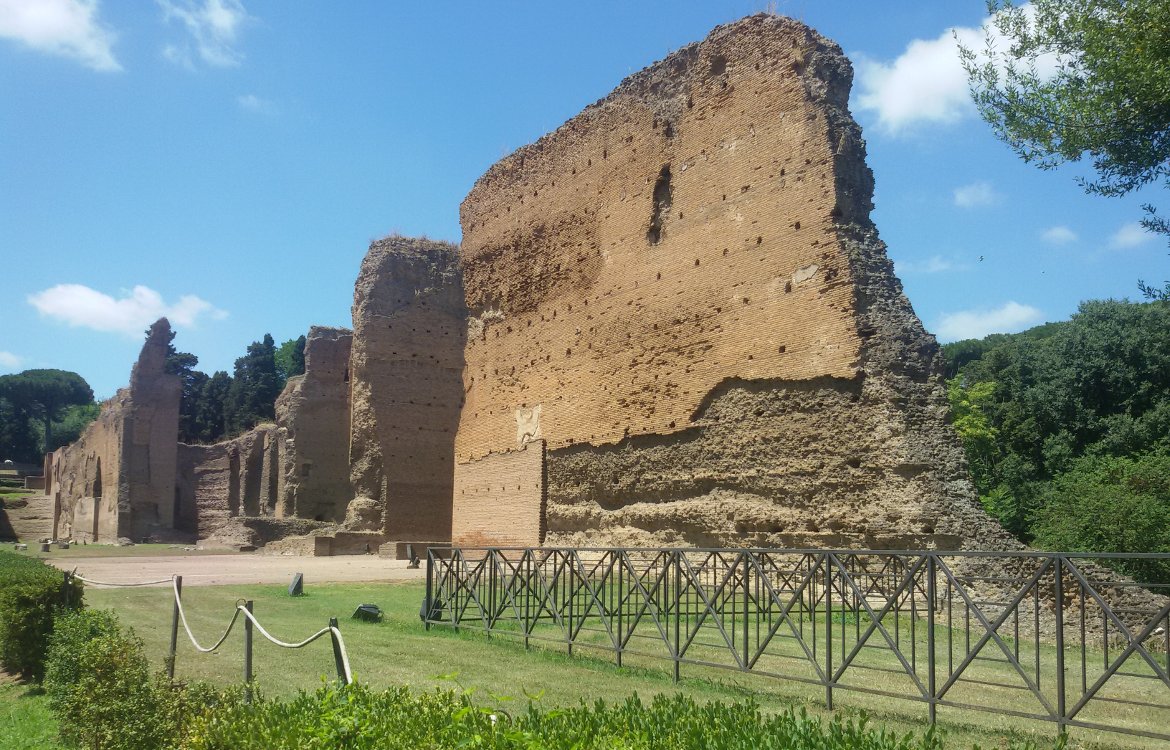 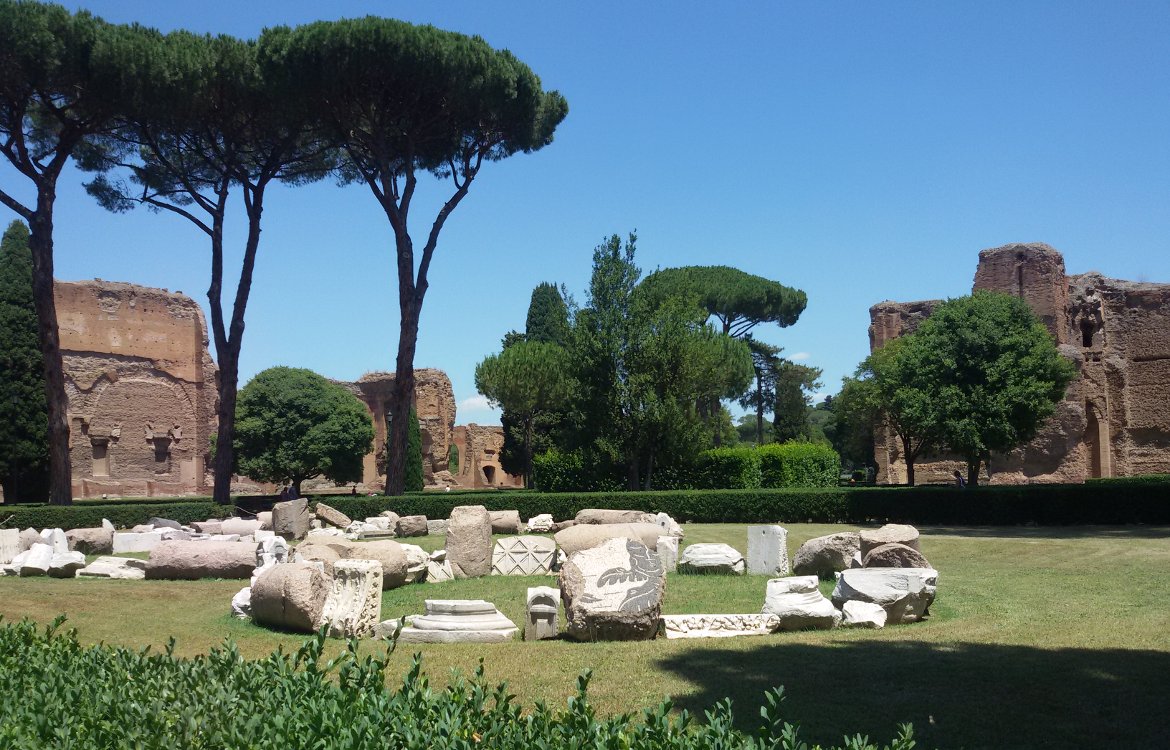