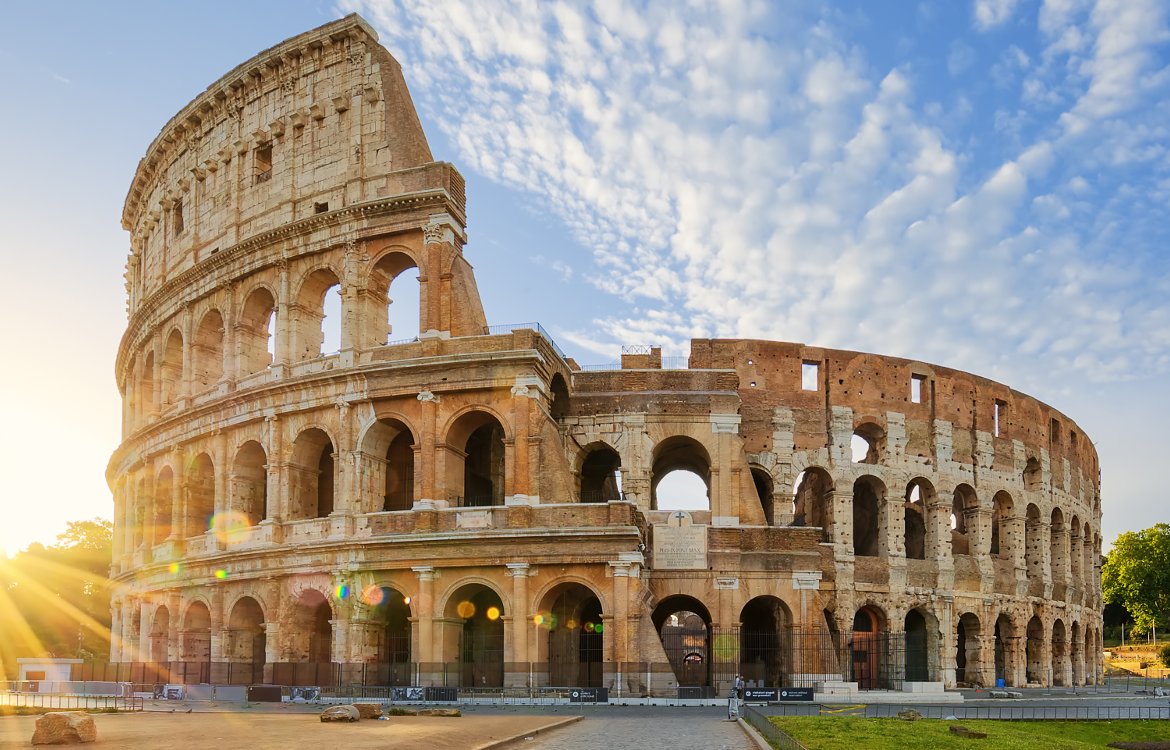 It can be difficult for modern visitors to appreciate the Roman Forum at first, for this remnant of Classical Rome has fared worse than most. The Colosseum is still recognisably what it was 2,000 years ago, but the Foro Romano was so looted for building materials during late antiquity and the Middle Ages that there appears, at first sight, to be little left. 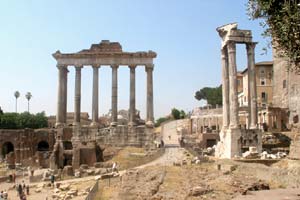 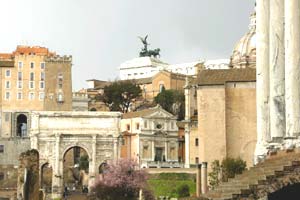 But a little historical knowledge and a good map will help you build the picture. It’s worth persisting for this is a site unrivalled in historical importance. GE Kidder puts it well:

“The Roman Forum was not simply the core of an ancient city; for many it was the centre of the universe. From the birth of the empire under Augustus in 31BC, and for nearly 500 years thereafter, Rome ruled most of what we call the civilised world. From Scotland to the Sahara, from Gibraltar to the Euphrates, the Roman Empire was in control. Moreover, Rome was the handmaiden of our alphabet, a bellwether of urban organization and its legal institutions, and the creator of startling new horizons in architecture.”

And it ruled from here, these five acres controlling the known world, setting in place legal and military systems, and giving the word ‘forum’ to our language as a place of debate, discussion and decision. It was to the Forum that Julius Caesar moved his residence in 45BC, as an arrogant demonstration of his absolute power (and one that would lead to his downfall). And the collapse of Rome into decadence and eventual invasion by northern European barbarians can be seen alongside the decay of the Forum in the fourth and fifth centuries AD.

This marshland was reclaimed by the Romans and turned into the hub of the city’s political and social life. It was the main marketplace, the business district and the town hall. It was the seat of government and the law courts. 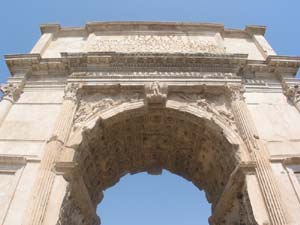 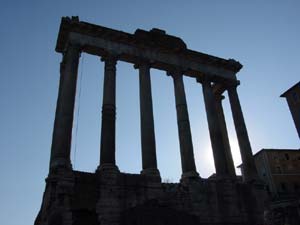 Dig into the ruins and we find a lot going on. The Via Sacra runs through the centre of the Forum. This main street of Ancient Rome runs from the Capitoline Hill in the west to the Arch of Titus. Victorious generals and emperors would parade along here, finishing at the Temple of Jupiter on the Capitoline Hill. The steps that run alongside the road at the main entrance to the Forum are a fragment of the Regia, the foundations of the house of the old Kings of Rome. This probably dates to Numa, the second king, who ruled from 715BC to 673BC.

Opposite, the Temple of Antoninus and Faustina is relatively well preserved, owing to its being converted to the Christian church of San Lorenzo in Miranda in the seventh century. Here too are the broken columns of the Basilica Emilia, law courts built in the second century BC. See the small marble plaque here dedicated to Venus Cloacina. 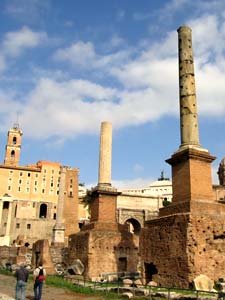 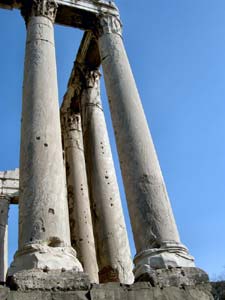 Beyond lies the Curia, originally built by Julius Caesar, reconstructed by Diocletian and the seat of the Senate during the Republic. Outside, a black pavement marks the supposed burial place of Romulus and then on to the arch of Septimius Serverus, one of the best preserved structures in the Forum. Left of the arch is the Rostra, the wall leading to the Basilica Julia, the temple built by the victorious Caesar on his return from the wars in Gaul.

Moving on, we come to the Temple of Castor and Pollux: the oldest temple in the Forum, and dating from 484BC it is now a huge pile of stones, topped by three columns. Further along is the House of the Vestal Virgins (rebuilt in the second century AD) and the Temple of Vesta. Here too is the Temple of Romulus, rededicated as part of the Christian church of Santi Cosma e Damiano.

One of the later buildings in the Forum is one of the most impressive. Built in the fourth century AD, the Basilica Maxentius used the Romans well-developed expertise in building with concrete. Supposedly, Michelangelo used the arches of the Basilica as a model when wrestling with construction problems on the dome of St Peter’s a thousand years later.

The fragments of mosaic, pottery, sculpture and architecture that have been rescued from the site over the past decades are housed in the Antiquarium of the Forum. From here, the Via Sacra climbs to the Arch of Titus.

Please note that both the Forum and the Palatine Hill area are not easy to visit using a wheelchair. There is an access ramp, but this will only get you a few metres down into the centre of the 'archaeological area'. All surrounding areas are either rough terrain or, if paved, are bumpy and veined with gaps between stones.