There have been a great many changes to tours of the Roman Colosseum over the past weeks and months and, in this post, we’ll attempt to sum it all up (though doubtless everything will change again next week!).

Perhaps the first thing to mention, however, is that you are still advised to arrive at the Colosseum in advance of your visit with at least 60 minutes to spare. Security arrangements changed in the Summer of 2017 (obligatory metal detector barriers for starters) and this meant, and still means, that there may be queues to pass through security. Even though your tickets are ‘skip-the-queues’, they are not ‘skip the security queues’, and all tickets and tours are subject to these security measures.

This is the largest change as regards tours. It still remains a fact that the only way to see the dungeons and upper levels is as part of a guided tour (a standard ticket does not give you access to these areas, just to really ram that point home) but, up until a few months ago there was just the ‘Dungeons and upper level tour’, albeit it that this was offered in several ways (on-request, pre-booked, private, semi-private, with or without the Roman Forum, you get the idea). Now? Well, now there is a dungeons tour, there is an upper-levels tour, and there is a ‘combo’ tour offering both.

So, a few months back, there was the ‘Dungeons and upper level’ tour comprising the underground areas as well as the ‘terzo anello‘, the third ring, the highest level that it was possible to visit. Now, however, the fourth and fifth (quarto e quinto) levels have been opened to a limited number of visitors, offering amazing views both internally and externally, hence the name, the ‘Belvedere’ tour. That means that the Colosseum dungeons tour no longer included the third level … the new Belvedere tour now includes that third level, plus the fourth and fifth levels … and the combo tour includes both. Chiaro?
*As can be seen in the photographs below, access to the high levels is often via some restricted stairways and, at the top, you’ll be 50 metres up, so the tour may not be for everyone!

A quick summing up, then. The Colosseum ‘standard’ visit is available as a skip-the-queue ticket on this page. The Colosseum ‘standard’ tour can be booked on this page.  To see more of the Colosseum you’ll want a tour of the dungeons, a tour of the upper levels (look for the ‘Belvedere’ tour), or a combined tour of both (look for the combo option here or here), and that’s what has changed of late – the splitting of the single ‘restricted areas’ tour into two distinct tours.

For the Roman Forum – entrance used to be free, but now isn’t, though you don’t need to worry – all Colosseum tickets and tours include your entrance ticket to the Roman Forum and Palatine Hill areas. A few of our longer, smaller-group tours also include a guided tour of the Forum, but that is not the norm – you’ll be exploring the Forum area under your own steam.

As we said at the beginning, Rome seems to change things on an apparent whim, so this may all change by the time we’ve had another coffee but, for now, the above is hopefully of some use. 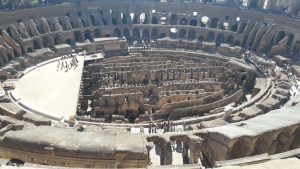 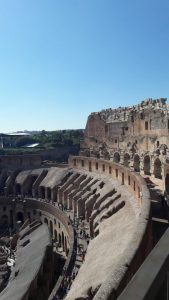 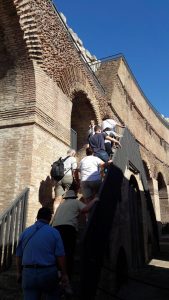